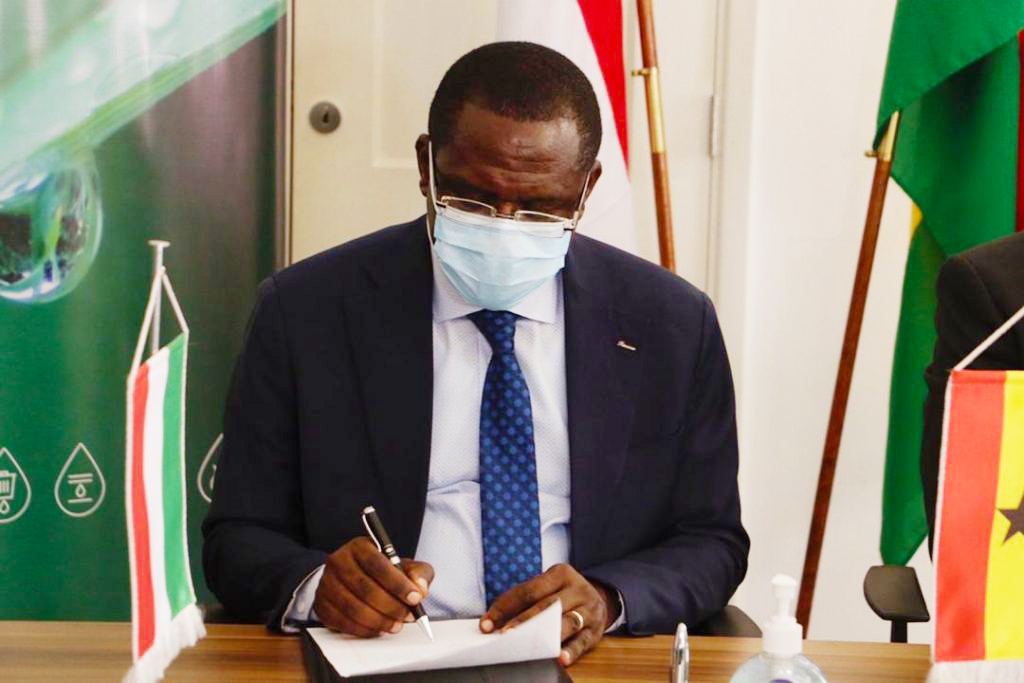 Executive Chairman of the Jospong Group of Companies (JGC), Dr. Joseph Siaw Agyepong has secured and signed a contract worth 50 million Euros with the Hungary Government.

The signing ceremony which took place on Thursday, January 28, 2021, at the Embassy of Hungary in Accra was an agreement which would seek to construct wastewater treatment in Takoradi in the Western Region and Tamale in the Northern Region with the first in Kumasi in the Ashanti Region which is near completion.

The project is being funded by the Exim Bank of Hungary.

Addressing journalists on the sidelines of the signing ceremony at the Hungary Embassy in Accra, Dr. Agyepong said the projects are expected to be completed within fifteen months.

Apart from the Kumasi waste treatment plant which according to Dr. Joseph Siaw Agyepong was near completion, the other two which were yet to commence would be completed within schedule considering the urgency of the need of the plants for the treatment of liquid waste.

He noted that the vision of creating the Ministry of Sanitation and Water Resources was a laudable one which would facilitate the making of Ghana the cleanest country in Africa.

“…The country is being blessed with the relationship between Ghana and Hungary with the initiatives aimed at solving the sanitation challenges of the country”, Dr. Agyepong noted.

The Hungarian Ambassador, András Szabó noted that the Ghana-Hungarian relationship dated some five years ago, so it was not without reason that the relationship has yielded this remarkable feat.

He said that the construction of the waste treatment plant means Ghana was in the process of achieving SDG goal 6.

They prayed that the relationship would grow bigger yielding greater gain going forward.

The Director of Sanitation, Ing. Anthony Mensah of the Ministry of Sanitation and Water Resources who represented the sector Minister-designate, Cecilia Abena Daapa indicated that the ministry would ensure that President Nana Addo Dankwa Akufo-Addo’s vision of a cleaner Ghana is achieved in due course.