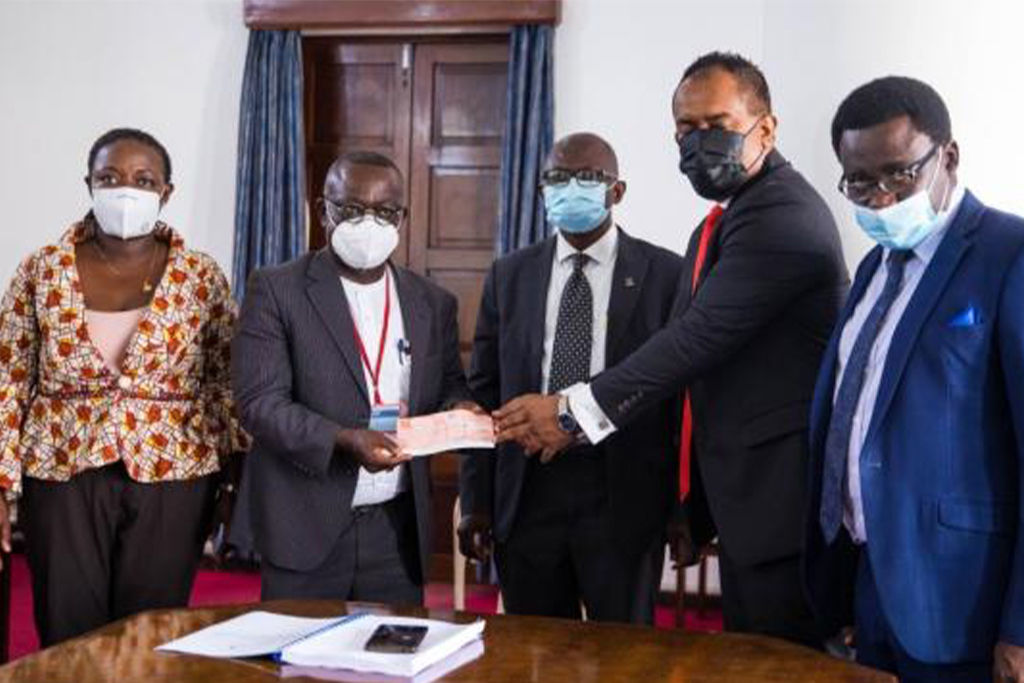 Management of the University at its meeting held on January 25, 2021, considered a letter of intent from Jospong Group of Companies (JGC) to institute an academic award scheme under the name Joseph Siaw Agyepong Award aimed at supporting the University in its quest to achieve academic excellence. The award scheme is expected to initially run for a period of four years with an amount of twenty-four thousand US Dollars, ($24, 000.00). This amount would be disbursed among the four Colleges of the University; College of Basic and Applied Sciences, College of Health Sciences, College of Humanities and College of Education ($1,500.00 per annum, per College) for two excelling students of each College. The first phase of the collaboration will be for a duration of four (4) years with an annual disbursement of $6,000. As part of the commitment, the Jospong Group of Companies intents to also provide opportunities for some students to undertake internship and educational excursions.

In his presentation, Dr. Richard Amponsah, Chair of the Technical Committee for the UG/JGC collaboration remarked that the award scheme represented the first part of the partnership between the two institutions. He mentioned that the other focus areas of the collaboration included joint research; training, capacity building, joint conferences, strategic corporate social responsibility and development of an innovation park. He emphasized that partnerships between academia and industry are crucial to the discovery of practical solutions to age-old and emerging problems. On behalf of the Jospong Group, he expressed gratitude to the University of Ghana for the warm reception and for embracing the idea. He also mentioned that the awards are being given to affirm the Jospong Group’s deep commitment to the development of the nation, and their belief that education is one of the pillars towards the fulfilment of this agenda.

Speaking on behalf of University Management, Professor Nana Aba Appiah Amfo, Pro Vice-Chancellor (Academic and Student Affairs) expressed the University’s appreciation for the gesture and appealed that the Joseph Siaw Agyepong Award Scheme should be extended to 5 years to conform to the policy on the institution of academic prizes in the University. She indicated that this year’s academic prize award ceremony is being considered for March 2021 and that the proposal on the Joseph Siaw Agyepong Award would be taken through the approval processes.

In his remarks, Prof. Ebenezer Oduro Owusu, Vice-Chancellor of the University, also extended his gratitude to the Jospong Group of Companies for the timely intervention. He indicated that there were a couple of students in the University who are brilliant but needy, and others who are doing very well and needed encouragement, and that such interventions from corporate bodies would go a long way in bringing the best out of such students.

The University Management acknowledged the demonstration of goodwill by the Jospong Group and expressed its willingness to work with the Group in the other areas highlighted.

The presentation of the cheque was followed by photograph opportunities and informal interactions.